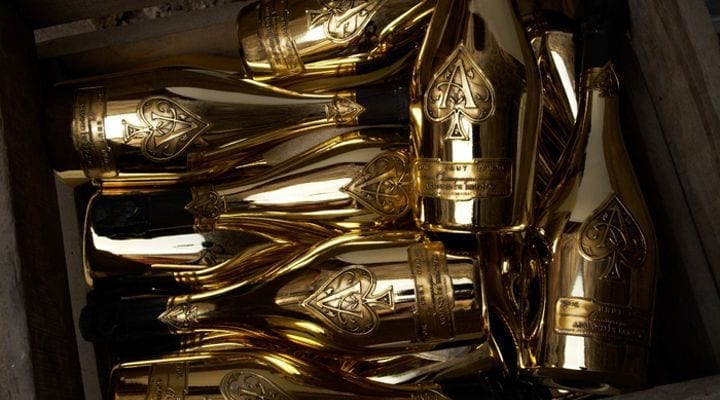 Armand de Brignac has released the largest bottle of rosé Champagne ever produced. It is a 30 litre Midas bottle and stands at over an impressive 4 feet tall and weighing in at 45kgs. It contains the equivalent of 40 regular-sized 750ml bottles.

The Armand de Brignac brand was famously sold to international known rapper Jay Z, whose real name isShawn Carter, by Sovereign Brands for an undisclosed amount back in 2014. The vines are held by the Cattier family who are based in the Montagne de Reims and own 33 hectares of vines across some of the most lauded crus in Champagne, including the villages of Rilly-la-Montagne, Chigny-les-Roses and Ludes.

“Each bottle of Champagne Armand de Brignac is finished with a unique dosage, which comprises the finest base wine of the harvest, aged for one year in new French Oak. This winemaking touch provides subtle complexity to the finished cuvées, introducing hints of baked pastry, vanilla and toastiness.”