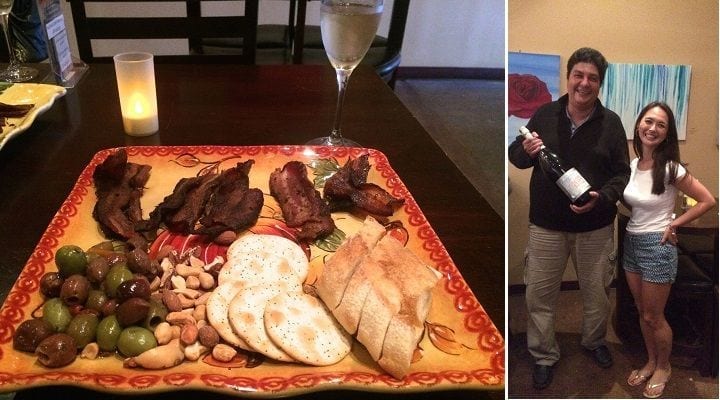 Tucked away behind a rather unassuming façade on Santa Monica Boulevard, is Wine Expo’s quirky little Tasting Bar.

I found myself there one Saturday evening, just in time for their monthly “Champagne and Bacon Fest” and what a fest it was, well, feast, I should say.

The deal is that you get a flight of 5 different Champagnes, or ‘Champagne style’ sparkling wines, paired with 5 different artisanal bacons and a generous spread of nuts, olives, bread and crackers to fill any remaining gaps.

The wines – four Champagnes and one lucky Franciacorta rosé from Lombardia, Italy – each had their own magical touch, some were light and fresh, others were full bodied and buttery, all were delicious. What I especially loved was that each glass had its own USP, making it vastly different to the next and it was clear that each was individually hand picked for the occasion. 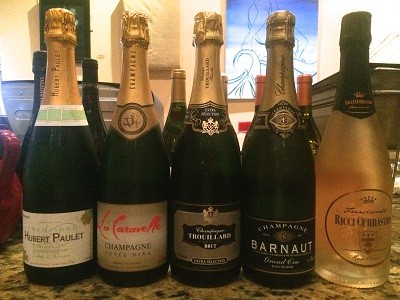 Add that glorious meat candy called bacon, well, that was a divine indulgence all on its own. From vanilla, to garlic and pepper, to Cajun style – each had its own mark of brilliance. These flavour-packed crispy, salty and fatty morsels of deliciousness paired magnificently with the refreshing acidity and sometimes biscuity touch of the Champagnes. Why, you ask? Because the crisp acidity of the wine cuts through the grease of the bacon and tones down its saltiness, resulting in the palate left feeling refreshed and hungry for more. 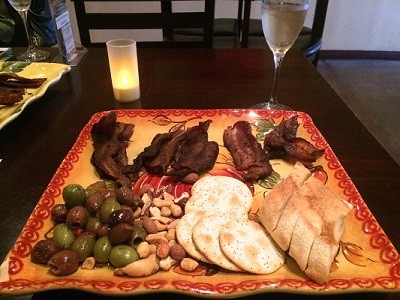 I must admint, after the first few tentative mouthfuls, I sat there trying to rationalize why this Bourbon Street Vanilla Bouron Country Bacon was specifically paired with the Hubert Paulet Cuvée Tradition Extra Brut 1er Cru à Rilly Champagne. I thought that the sweetness of the vanilla in the bacon would have been better partnered with an off-dry sparkling wine, rather than the very dry Hubert Paulet Champagne. It wasn’t until Ali, Wine Expo’s delightful owner, set me straight, explaining that the idea is not to pair each individual bacon and Champagne in order of what’s listed, but to simply experience the different flavours and textures that each provides, together, or alone.

If I had to choose my perfect match though, I’d say it was the Trouillard Brut Extra Sélection à Hautvillers with the Boss Hog Honey BBQ Rubbed Bacon. I loved the creamy, rich, nuttiness of the Trouillard with the smoky, sweet molasses flavours in the Honey BBQ bacon.

At $30, plus tax and tip, for the whole spread, this was a cracking deal and the great thing is that pairings change each month, so next time I stop by, there’ll be a whole new line up of bacon and bubbly to indulge my tastebuds in.

Wine Expo is located in Los Angeles, California and has been Santa Monica’s premier wine shop since 1993, specializing in Italy, Champagne, Iberia, Tequila and craft beer. Their ‘Bacon and Champagne Fest’, which began as a bacon and Champagne tasting amongst friends one festive New Years morning 16 years ago, is now held on the second weekend of every month.

Bacon is supplied by www.baconfreak.com