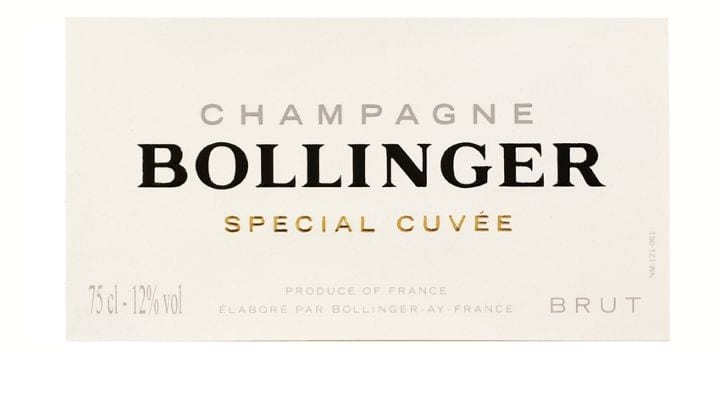 It is one of the last remaining independent Champagne houses. Bollinger has been family-managed since 1889, in 2008, for the first time in its history, the House placed its future into the care of a Chairman who was not a family member.

The Bollinger vineyard covers 164 hectares, most of which are classified Grand or Premier cru. Pinot Noir predominates, a grape variety with an intense character which forms the backbone of the Bollinger style. Bollinger is fermented in oak barrels, making the Champagne well-suited to ageing in the cellar. Every harvest, Bollinger saves some wines from the grand crus and premier crus for reserve wines. The reserves are bottled in magnums with cork, under light pressure and aged for five to fifteen years.

Bollinger has long been known for its association with James Bond. It first appeared in Ian Fleming’s fourth James Bond novel, Diamonds are Forever, in 1956 and has featured in James Bond films since Live and Let Die.