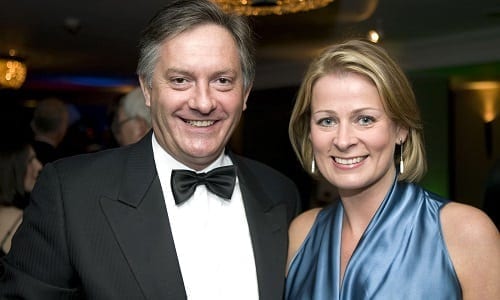 Simon is a BBC TV News presenter. He was a producer at the launch of Sky News – and stayed there for 16 years – as Royal Correspondent and presenter.

Where’s the most memorable place you’ve enjoyed a Glass of Bubbly?

On the deck of the Royal yacht Britannia. The Queen was hosting a drinks reception for members of the press travelling to cover her state visit to South Africa in 1995. It was the first time I met her and have to admit to being a bit shaky! Some Champagne hit the deck. It’s fair to say that as soon as we were introduced to Her Majesty she immediately put us at our ease with some marvellous jokes about various countries’ national dress. She expressed concern for one nation whose dress consisted of a single feather. She said she did worry for them when it was cold.

Which is your favourite Champagne or sparkling wine?

Different Champagnes seem to suit different times. In the heat of Wimbledon this year a glass or two of the Lanson white label was a perfect antidote. Berry Brothers do a wonderful Champagne – at least a bottle of which I get every year as a birthday present from my Mum! If at home and someone drops in, it’s hard to beat a bottle of Prosecco for getting things cheery and relaxed.

What does Champagne mean to you?
A: Success
B: Celebration
C: Romance
D: Enjoying great company
It works on all counts. Gone are the days where it was something of an ‘elitist’ brand. I think I would go for a letter not there… F, for Fun.

Simon is pictured with his wife Victoria Graham (McCoy)