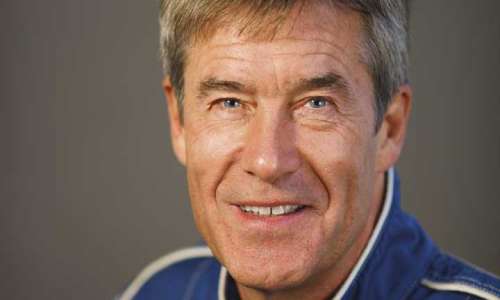 Tiff Needell is a British racing driver and well-known television presenter, first on Top Gear where he worked alongside Jeremy Clarkson and then on Channel Five’s Fifth Gear. He is still a columnist and feature writer for Top Gear Magazine one of the most successful BBC publications.

He had an incredibly varied and long motor racing career that saw him reach the heights of a Grand Prix drive at Monaco and escape unharmed from a horrific 200mph crash at Le Mans.

Where’s the most memorable place you’ve enjoyed a Glass of Bubbly?
As the sun set at the end of a South African safari.

Which is your favourite Champagne or sparkling wine?
Dom Pérignon

What does Champagne mean to you?
A: Success
B: Romance
C: Celebration
D: Enjoying great company