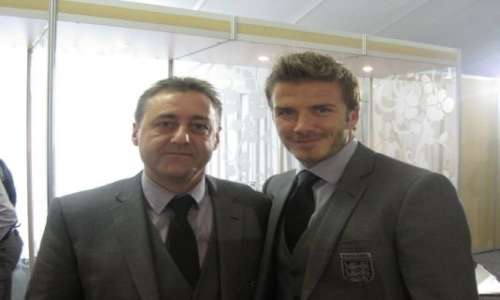 England FA head chef, Tim De’Ath, used to cook for Hollywood stars such as Natalie Portman, Liam Neeson, Samuel L Jackson, Wesley Snipes and Ewan McGregor to name just a few on film sets around the world such as Star Wars: Episode 1 – The Phantom Menace to TV shows such as Holby City and Goodnight Sweetheart. Today, as well as being head chef for the England football squad, he is also player liaison officer at West Ham United and co-owner of 59 New Street Restaurant.

What does Champagne mean to you?
A: Success
B: Celebration

Had you alweays wanted to open a Champagne bar?
Yes, with a restaurant