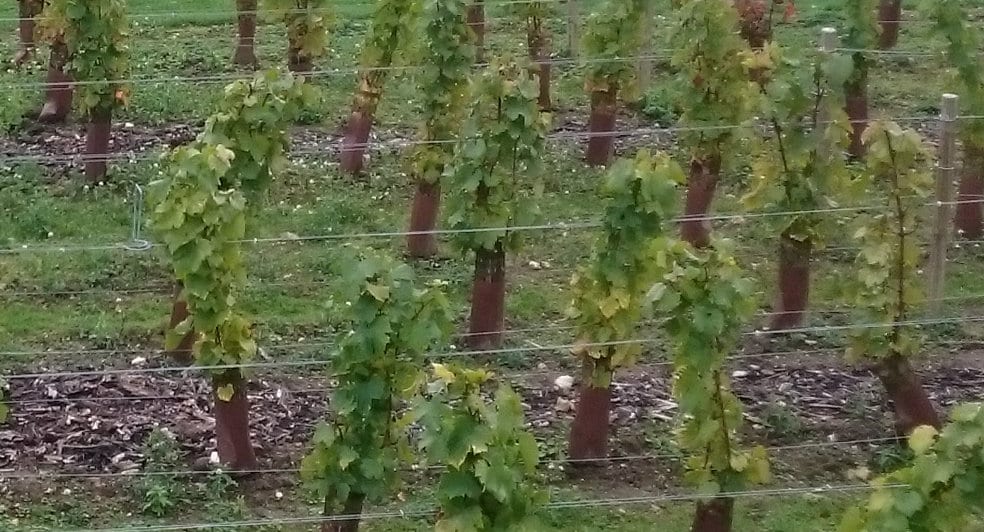 For many, Champagne still remains an unaffordable luxury even to this day. Bearing this in mind, it is quite remarkable that with one of the most harrowing conflicts raging all around them, the Champagne growers of the early twentieth century did not just cease to produce – they excelled. As we look back on the conflict that began a century ago this year, there’s something tangible and human about the story of Champagne and war.

It is truly incredible that the pickers of Champagne during World War One were able to produce any wine at all. Champagne, and Reims in particular, were at the very epicentre of the conflict. A fixture of normality on the brutal Western Front. For the first two years of the Great War the Allies and Germans fought to a standstill around Champagne. The term ‘attrition’ barely does justice to the conflict which was played out in and around the region. The trenches stretched across a landscape which had been home to the some of the finest vineyards in the world, only months before. To try and give you some kind of notion of scale of men involved, in November 1915 an assault was launched from Champagne itself. The allies suffered 144,000 casualties. They still claimed to be the victorious side.

With the desecration of many of the vineyards around Reims, the conscription of most of the men from the Champagne houses, the acquisition of horses by the army and the turmoil caused by incessantly bad weather and shelling – it almost is beyond belief that something like sparkling wine still became a priority. With the harvest now in the hands of the women, elderly and children and the sound of bullets and bombs drifting over the vines, they continued to pick. Unlike now when wine makers will judge when to pick based on climatic conditions, in 1914 the harvest had to be scrambled in after the Victory at Marne under the fear of a German counter-attack. The wine was therefore a bit on the acidic side, I guess you can’t have everything.

To continue to harvest the vintners had to quite literally go under ground. With many of the original Champagne houses either billeted by soldiers or destroyed, a new way of life emerged for those who remained. Cellars and bunkers were dug out to give protection to both the wine and the wine makers. Here the still wine would go through timeless champagne method, despite the limited number of corks or bottles that were making it to the region. It also created a new lifestyle for the pickers. It is fair to say that much of the wine produced never saw the light of day (one story is of a man emerging from a cellar with 14 corks in his pocket and a particularly fractured memory).

Reims itself, the capital city of Champagne, was devastated by the one thousand and fifty four days of bombing. It became a rallying cry for the allies who used the destruction of the

great cathedral to illustrate the ‘Huns’ attacks against culture and civilisation itself. The propaganda from such attacks was exported internationally.

The continuing need to grow, harvest and produce Champagne became a point of pride to the French. It was very much in the ‘Keep Calm and Carry On’ spirit that would echo through Britain some decades later. The morale boost this gave to the Allied soldiers must have been considerable. Many of the publications of the time used champagne as a symbol of defiance. Indeed, as the war continued it made less and less commercial sense to do so. Exports were low as American sales were plummeting in the face of oncoming prohibition, Russia was in revolution and luxuries such as champagne were far from in favour and Britain was approaching bankruptcy.

In many ways, this is the kind of historical episode which raises wine, and Champagne in particular, above any other liquid on earth. You cannot imagine a similar level of perseverance being afforded to any other drink in the face of such overwhelming suffering. What makes it all the more staggering is that the harvests of 1914, 1917 & 1918 are heralded as stand out, vintage years. Vintages from four years which saw the population of Champagne itself decimated by over a half. The wines from this period are emblems of history, the bottling of human effort in a time of outstanding adversity. And if you want to try one of these wines now you must be prepared to part with around £12,000.

I think these three stanzas from a poem by Alan Seeger, serving in the French Foreign Legion during the war, sums up the soldiers attitude towards the region, the wine and the devastation. He was killed in 1916, still cheering on his fellow soldiers despite several machine gun wounds.

There the grape-pickers at their harvesting
Shall lightly tread and load their wicker trays,
Blessing his memory as they toil and sing
In the slant sunshine of October days. . . .

I love to think that if my blood should be
So privileged to sink where his has sunk,
I shall not pass from Earth entirely,
But when the banquet rings, when healths are drunk,

And faces that the joys of living fill
Glow radiant with laughter and good cheer,
In beaming cups some spark of me shall still
Brim toward the lips that once I held so dear.

It’s well worth seeking out the rest of the poem. –