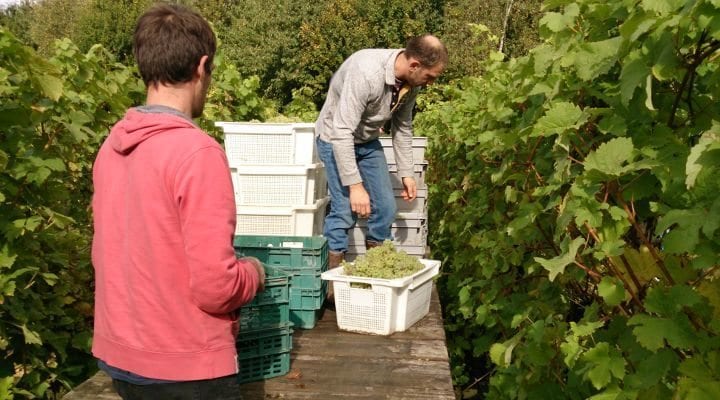 The amount of vineyards across the UK is increasing to include not only the southern region, but out across other areas too including north of England and the south west. Essex which falls in to the region of East Anglia boasts an increasing number also that includes Dedham Vale Vineyard which lays in the northern part of the county in the region known as the Constable Country thanks to the splendid surrounding countryside.

Dedham Vale Vineyard holds 40 acres of vines, woods and pasture on the edge of the Dedham Vale region which is classed as an area of outstanding beauty. It is a family run vineyard that produces six styles of English wines along with cider and fruit liqueurs, they also put on events such as wine & cider festivals and live music events to engage the local community.

During harvest time of the grapes local volunteers are able to partake in the picking of fruit from the vines.