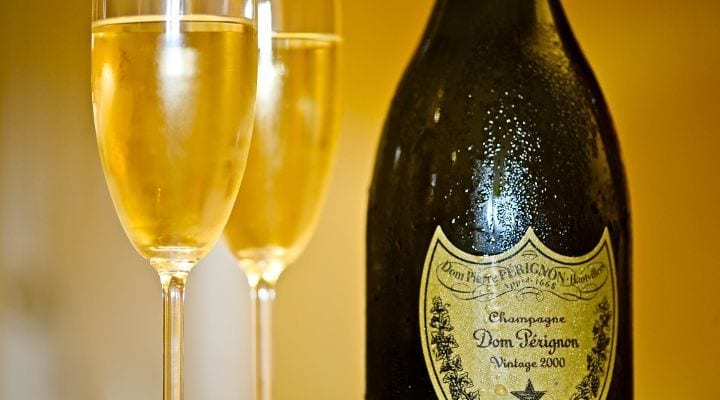 Dom Perignon is a brand of vintage champagne produced by Moet & Chandon. It is named after Dom Perignon a Benedictine monk who was an important quality pioneer for Champagne wine but who, contrary to popular myths, did not discover the champagne method for making sparkling wines.


Dom Perignon (1638–1715) was a monk and cellar master at the Benedictine abbey in Hautvillers. He pioneered a number of winemaking techniques and also introduced corks. The first vintage of Dom Perignon was 1921 and was only released for sale in 1936, sailing to New York in the liner Normandie. Until 1943, Dom Perignon was produced from the vintage Moet & Chandon Champagne that was transferred to the 18th century style bottles after extended cellaring, however since 1947, Dom Perignon has been produced independently from the start.

Dom Pérignon is always a vintage champagne, meaning that it is not made in weak years, and all grapes used to make the wine were harvested in the same year. Around 5 million bottles are produced in each vintage which need at least 12 years ageing.