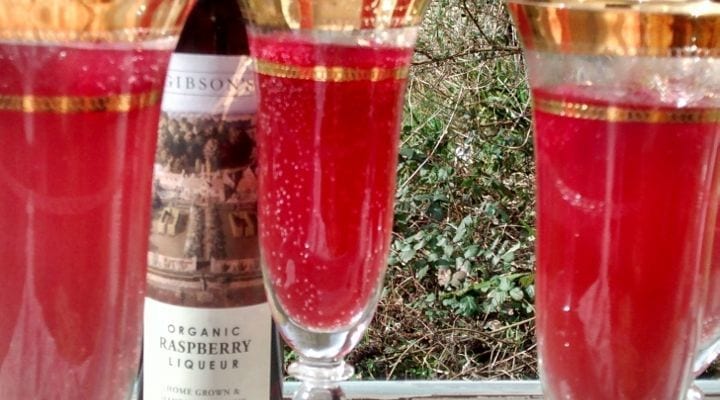 Just outside the market town of Burford, gateway to the Cotswolds, lies a little hamlet called Westwell. Tiny (there are only 40 inhabitants), Westwell is almost famous for being the most westerly Roman well in Oxfordshire, hence it’s not massively inventive name, and also the sometime dwelling of former home secretary Douglas Hurd. Oh, and there’s a field with some currently fairly weatherbeaten looking rows of fruit canes and bushes which is home to Gibson’s Organic Liqueurs. 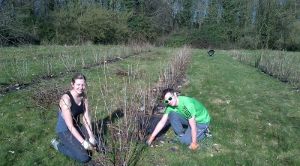 Gibson’s Organic is the brainchild and baby of Miles Gibson. Part time psychotherapist and full time organic farmer, Miles’ green fingers come naturally. His mother designed the gardens of nearby Westwell Manor, his father’s family were estanciaeros in South America, so tending the earth is deeply ingrained.

Four years ago, the farm was just a windswept field with a ramshackle shed at the top. Little by little Miles coaxed life out of the ground, planting a few rows of raspberry canes and blackcurrant bushes and selling the first of the fruit to local shops and farmer’s markets.

Gradually he planted more and more, starting to put the skills he’d learnt volunteering on other farms into action. The fruit was picked, and then pressed in the winery and then made into the first ever batch of Gibson’s Organic Liqueurs 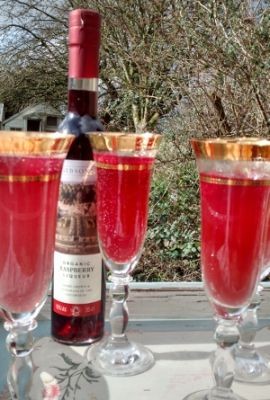 Is the rest history? Well it’s certainly very tasty. Swooping into to win two Great Taste awards Gold Stars in 2012, the blackcurrant fast became the connoisseurs’ choice. The raspberry, fresh and lighter, an instant hit with everyone. The gentle fermentation process, using only organic ingredients and home grown fruit, produces an intense fruity taste without the saccharine aftertaste of syrups.

A case of blackcurrant delivered to a party in his mother’s garden gave Miles the idea of adding a few drops of liqueur into the already flowing champagne. The dark jewelled hue of the blackcurrant mingled instantly and quite spectacularly with the bubbly. And in a totally organic moment, the Cotswold Kir was born.

When the blackcurrant ran out, giddy with success (and possibly having sampled a drop or two) Miles ran home and returned moments later brandishing a bottle of raspberry. The resulting concoction was almost more marvellous than it’s predecessor and more bottles were fetched. And then maybe one or two more……. 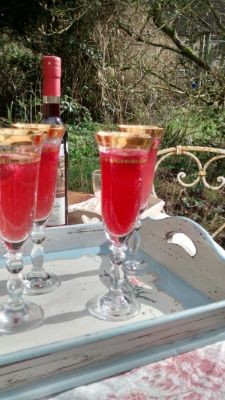 Word spread locally about the Cotswold Kir and it’s sister, which became known as the Cotswold Blush, they are rapidly becoming the drink of choice to top up your bubbly for Weddings, christenings, birthdays and other special occasions, even Fridays!

We created our liqueurs to be drunk on their own, and then discovered a whole new world of things to do with them; drizzled over a raspberry Eton Mess, sloshed in a cocktail, but our favourite has to be in a good old glass of bubbly… vive those bubbles!!