When you think of Italy’s signature dish, you either think of Pizza or Pasta, I’ve made a delicious and easy to make at home Spaghetti Bolognese and paired it with two Award Winning Cartizze’s from Italy.

Cartizze is basically the Grand Cru of Prosecco, a Cartizze is still a Prosecco but it won’t mention this on the label, but it will sometimes say Superiore di Cartizze, this is to try and create a higher quality brand, It covers just 107 hectares of vineyards, at an altitude of approximately 300 metres above sea level. lying amidst the steepest hillsides of San Pietro di Barbozza, Santo Stefano and Saccol, in Valdobbiadene, they produce around 1 million bottles of Cartizze every year, this is the lowest production of any kind of Prosecco.

The two Cartizze’s I am pairing with the Spaghetti Bolognese are: 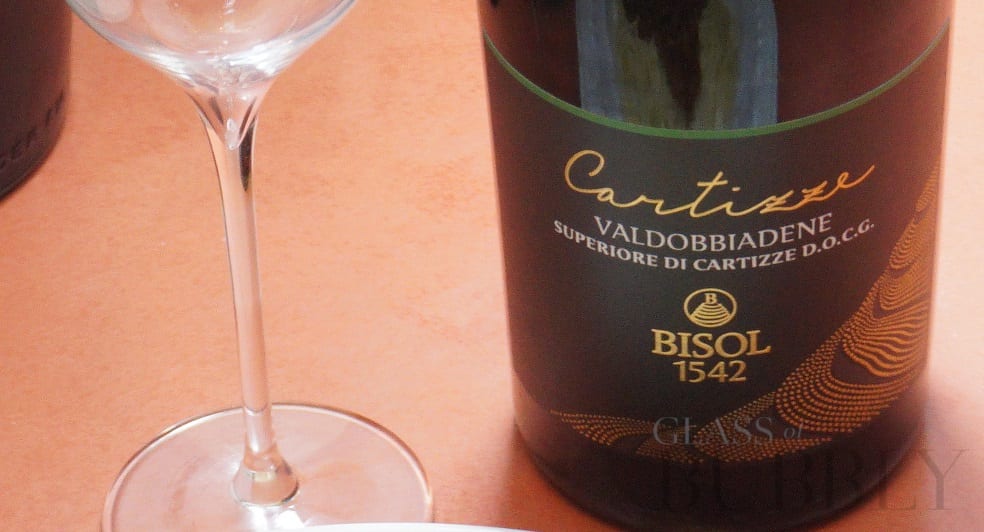 This Cartizze won a Gold Medal in the Meditation Category in The World’s Finest Glass of Bubbly Awards 2019.

Bisol has been around for 5 centuries and has had 21 generations creating great tasting wine, the first source they have of their family in the Prosecco region was in the 16th century, the only time Bisol was interrupted was during the First World War, the Valdobbiadene territory (where Bisol is located) laid right on the battle lines between the Austrian-Hungarian forces and their opponents, the Italians, but in 1920 they were back on track. 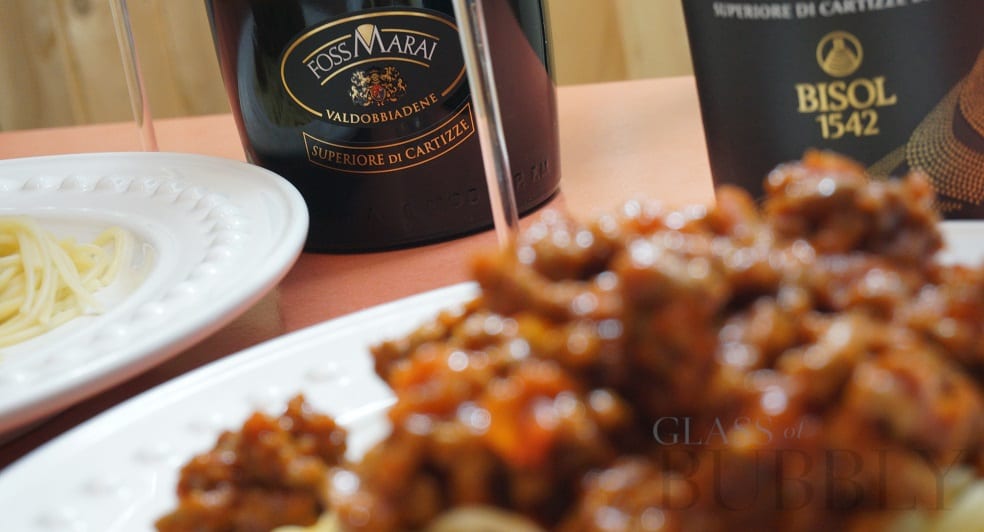 This Cartizze won a Bronze Medal in the Summer Days Category in The World’s Finest Glass of Bubbly Awards 2019.

The Foss Marai is available to buy from Mondial Wines, who specialise in premium Italian Sparkling Wines.

Foss Marai started out in old rural building made only of wood, stones and bricks, they have an extensive selection of Sparkling Wines to choose from. 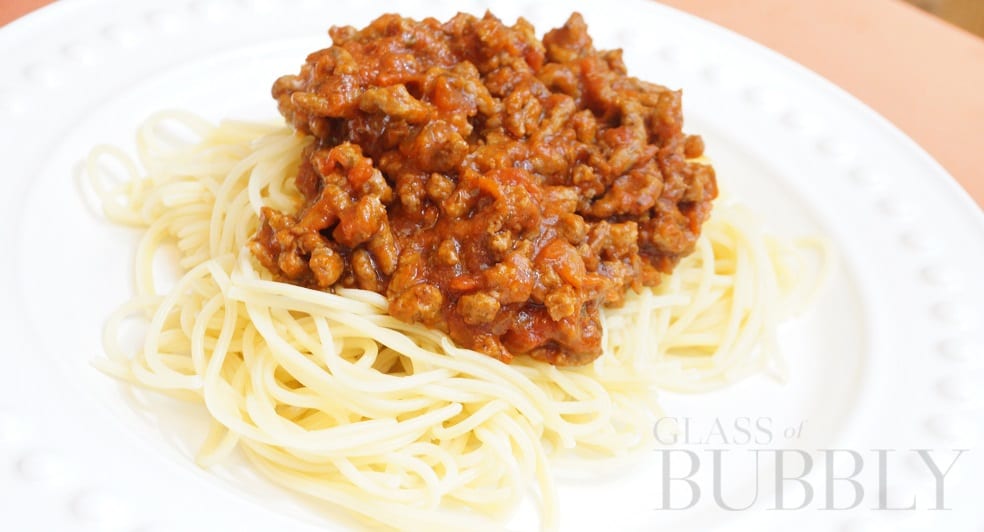 Spaghetti Bolognese as you may have guessed originated from Italy, to be more precise, the city of Imola. Back when it was first made, it was a meat based sauce called ragù, they then put this with pasta and later added in tomatoes, the sauce was first documented in the late 18th century, in Pellegrino Artusi cookbook, which was published in 1891.

How To Make Spaghetti Bolognese 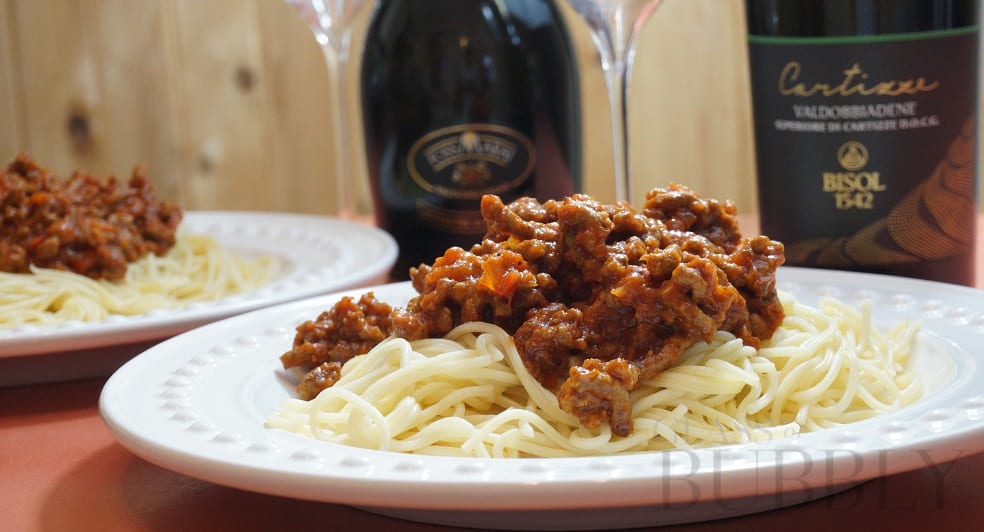 How To Make Spaghetti Bolognese

The simplest way to make Spaghetti Bolognese is to just use Mince Beef, Spaghetti and a Bolognese Pasta Sauce, but to give the dish some more flavour and to add some quality, it’s nice to use fresh ingredients.

When cooking the Mince Beef I drained out the fat a couple of times, reducing the fat from the meat will help the Cartizze to complement the dish more. 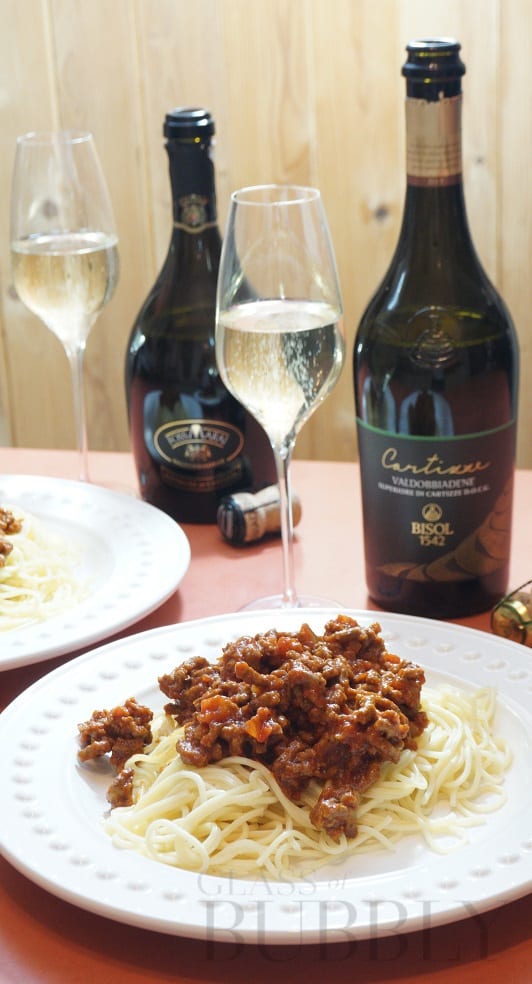 Bisol & Spaghetti Bolognese Tasting Notes – “An explosion of fruity flavours then savoury beef with the tomato sauce and pasta taking subtle presence, dare I say the Spag Bol opens up the fruity flavours from the Bisol Cartizze.”