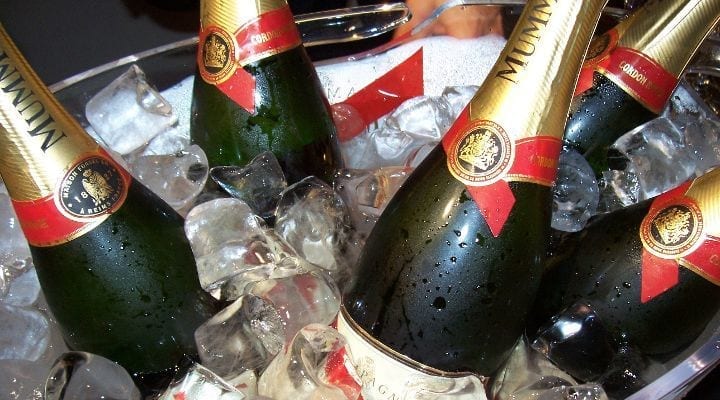 G. H. Mumm & Cie situated in Reims, northern France, is one of the largest Champagne producers worldwide and is owned by Pernod Ricard. It was founded by three brothers, Jacobus, Gottlieb and Phillip Mumm, German winemakers from the Rhine valley and G. Heuser and Friedrich Giesleron on 1st March 1827 as  P A Mumm Giesler & Co. The French confiscated all of the Mumm’s property in World War I because although they had lived in Champagne, France for almost a century, they had never become French citizens.


Mumm’s label is famous for its red ribbon, first released in 1875 it is patterned after and resembles the French Grand Cordon of the Legion d’Honneur. Mumm has a long and proud history of producing the one of the world’s most consistent Non-Vintage Champagnes. With over eight million bottles sold, it is the leading champagne brand in France and the third best-selling champagne in the world.

It has been the official sponsor of Formula 1 since 2000 and provides the champagne bottles for the podium celebrations after each race.