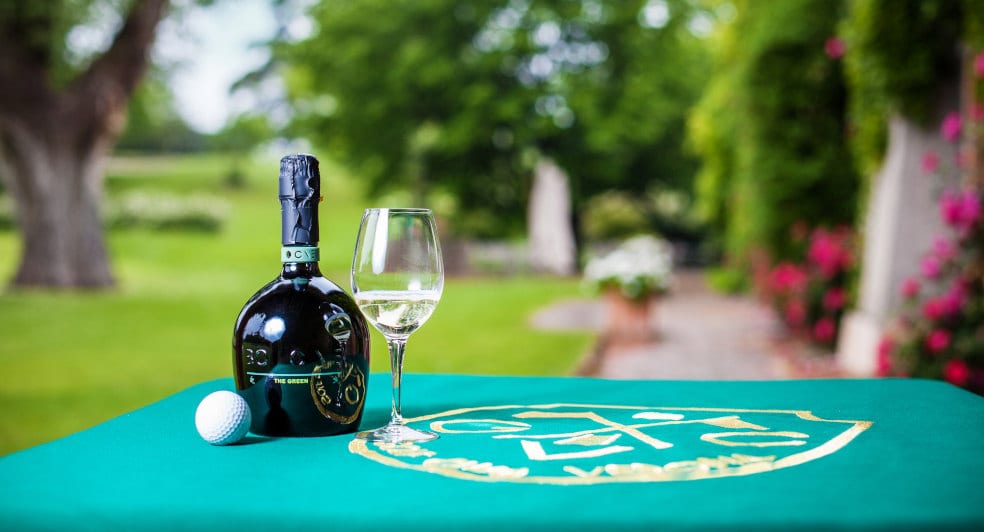 Turn, turn, turn…beautiful!
How many times did we hear this exclamation when listening to a commentator’s speech during a sporting competition?
Think about acres of land coloured by a sea of flowers, winding paths bordered by majestic trees, quiet lagoon occasionally crossed by ancient stone bridges, sometimes inhabited by frightening alligators. The roar of the crowd and something very small flying over the sky.
Where are we? Simple, in the middle of the green for true golf lovers. 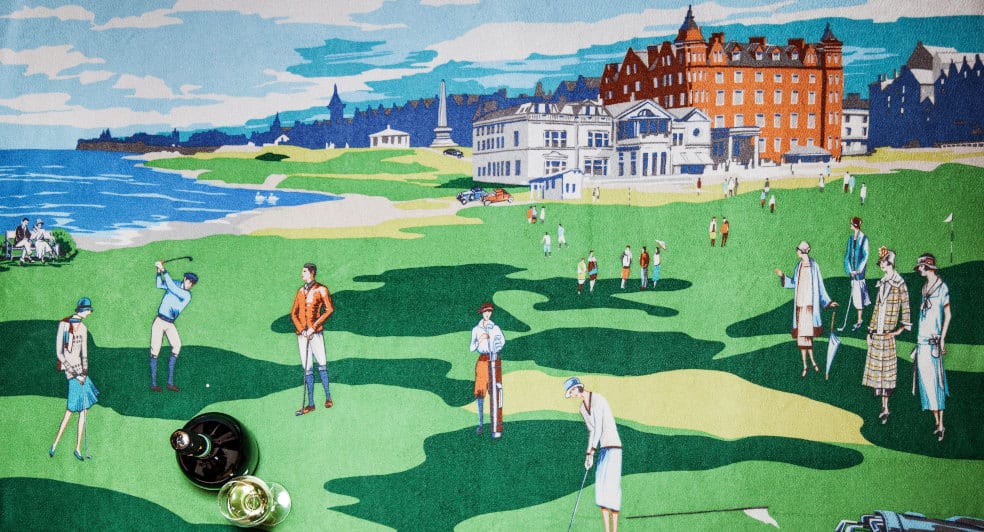 The Royal and Ancient Golf Club of St.Andrews and the Green

If I told you there is a sparkling wine that has many features that recall a golf course such as circular shape, a similar nuance of colour and even it brings the same name, what would you say?
Ladies and Gentlemen allow me to write a few more lines before introducing you to The Green, an outstanding and joyous fizz by BOLLLICINE.

When it comes to pursuing your dreams there is nothing more powerful than combining a strong passion with hard work to achieve them. For example sports, no matter what kind of discipline, have an incredible capacity to motivate every athlete to reach his very best by climbing the peaks and crossing the lines much further than he would ever dream of. Particularly, if someone has had a dream since their youth, they just keep on pushing and never give up if they really want to set the world on fire.# 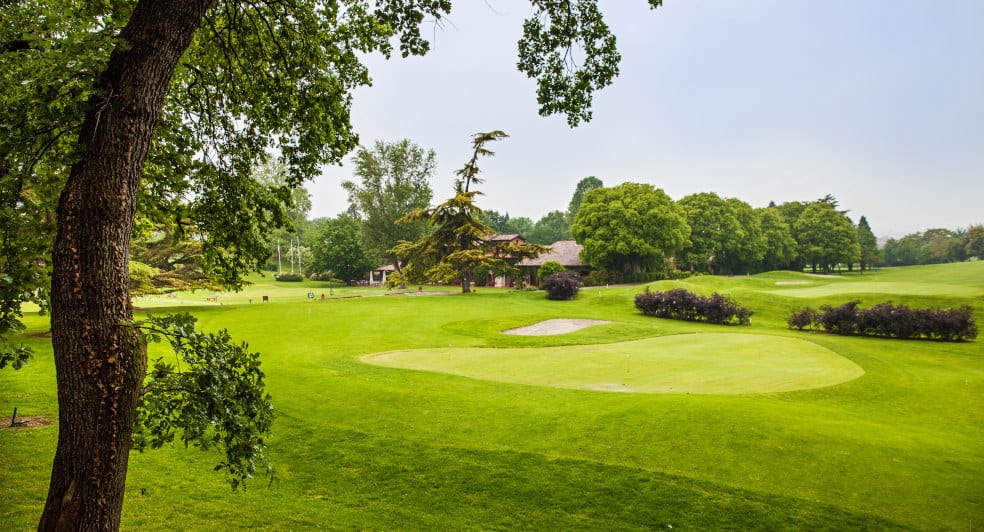 Alessandro Fedalto, the founder of BOLLLICINE wine truly passionate about sparkling wines and golf since his youth, had his own dream to achieve.
He was used to playing a game in the backyard uncorking sparkling wines and see which cork went further than the others. He dreamt one day of making a special bottle whose cork could beat the record held at that time by a French label.

In the early Summer of 2012, he drew a bottle on the sand characterized by a spherical shape and a shorter neck set between two glasses. The idea of a mini magnum, in which the amount of oxygen could be lower, making the ratio between oxygen and wine the same as a magnum bottle to better preserve while providing the best quality bubbles was born. Immediately he began looking for someone who could fulfil his burning ambition of creating his own bottle. They told him he had as much chance as a snowball in the hell. And it is right here that the challenge began.
Followed design studies, proofs and efforts, changes of the original design; all made really hard to get through though having high hopes.

Finally on the 21st June 2012, the design studio office handed a 3D model of a brand- new bottle to him.
It was clear he was laying the first stone in what would turn out to be a great success.
And so, after having gone round in circles for nearly one year to produce this signature bottle, on the 8th April 2013 during the ‘Salone del Mobile’ in Milan he was invited to join the Opening Ceremony where he finally managed to attain his dreams of presenting an unique bottle: the most spherical in the world appeared in public for the first time.
After this, top events took place in the following months in which BOLLLICINE wine was the protagonist, among the others the presentation at the Armani Hotel Milano in Milan and the inauguration of Nobu Restaurant at the Fairmont luxury resort in Monte Carlo.
Today the brand feautures in the most exclusive wine list of the most prestigious places world-wide such as Di Vino Group in Hong Kong, Zio Restaurant in New York, Gola Restaurant in London and Armani/Ristorante in Milan. 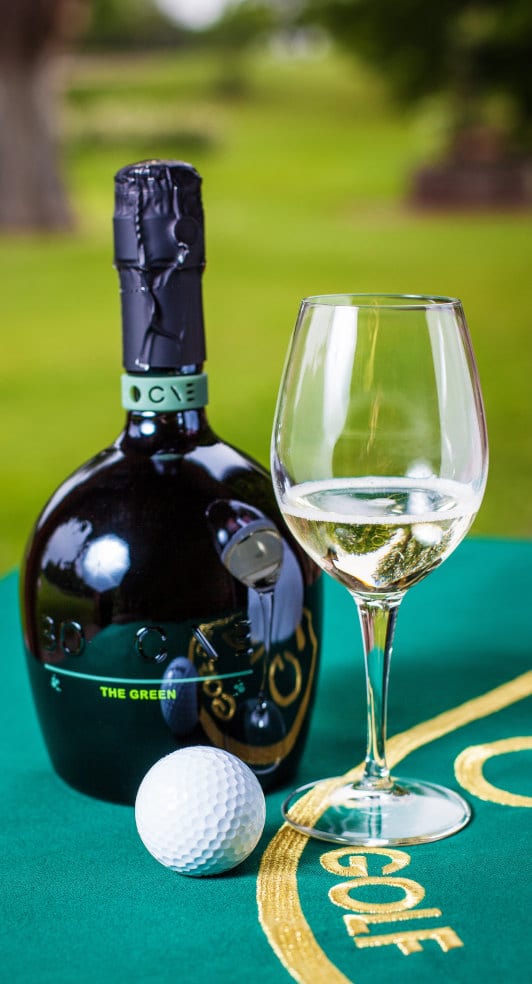 The Green Extra Dry Millesimato, 30% Verduzzo and 70% Pinot Bianco.
Aged 60 days in accordance with the Charmat Method.
It reveals green hues on the glass opening with notes of citronella, lemon thyme and mint recalling the joy of spring days. Tiny bubbles vigorously tickle the tongue while bringing sparkling happiness on the palate.
Exceptional length lying on vivid and fresh notes. It is a fabulous match with asparagus risotto, spaghetti with red mullet and wild fennel or second dishes such as monkfish with pistachio, hazelnuts and capers.

What is extra special about this wine…
You will imagine greenish meadows, a lovely breath of pure air bringing to you the crispness of aromatic herbs notes. A new sensation of a charismatic wine never felt before.
The enthusiasm of a natural emotion will wrap you in love.

Every time a golf player hits the ball from the tee at the Hole No.1 supported by the crowd beside screaming his name, he never knows what expects him from start to finish. He may win or lose.
Surely, he’ll be alone with his strenght and self-confidence to find a way of making it happen. And so, if by making a terrific shot in the final round his ball goes down into the final hole, letting him win a Major, well there would probabily be nothing in the world more gratifying than realising: yes, I did!
The same thing happens in every context of life.
What Alessandro Fedalto’s successful story has taught us is that it doesn’t matter how far you set the target, if you’re determined and strongly believed in yourself, the sky is the limit to reach that goal you’ve dreaming about since your youth. And yes, he did.

Wine Educator at Università del Gusto, Wine Writer at Glass of Bubbly. Owner and Founder at Enjoyourwine. Find me on Twitter - @enjoyourwine