A Day in Reims, Champagne 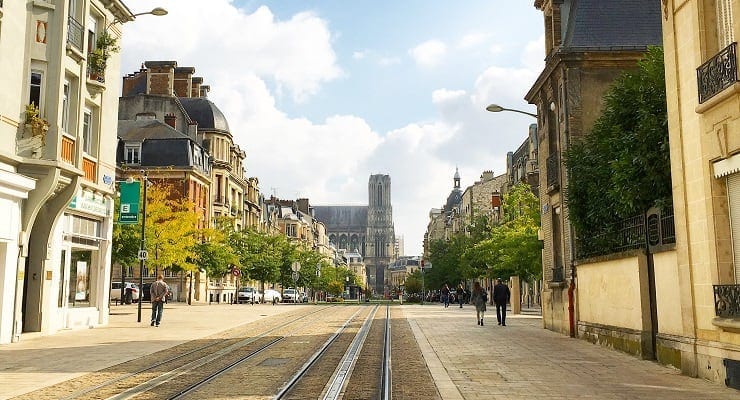 Regardless of how you arrive, when in France, travel to Champagne. Here, making and drinking Champagne is a way of life. If you love the nation’s namesake sparkling wine—authentic Champagne only comes from Champagne, France, after all—you could spend weeks exploring vineyards and villages sprinkled about the chalky, limestone terroir.

I consider Champagne the Phoenix of the French wine world. It suffered the worst of two world wars and yet, its popular export prevailed, becoming the beverage associated with the very adverse of hardship. Houses, deeply rooted in tradition and long family lines, have been crafting Champagne from this frigid, northern region of France for centuries. Choosing where to go can be overwhelming, but the city of Reims—called ‘the post-war sleeping beauty’, and the ‘La Ville des Rois de France’ (It is where the kings used to be crowned.)—is not to be missed … even if for a day.

Below is an itinerary to inspire your own travels:

A morning tour of Notre Dame de Reims
Head to the Office of Tourism in the heart of town to inquire about guided tours. Tours are regularly available, in French and in English, at this gem of Gothic architecture hailed ‘The Cathedral of Angels.’ You’ll be educated on the intricacies of the Medieval structure’s stunning, stained-glass windows (one of which includes a Dom Pérignon cameo in windows detailing the history of wine), hear the story of the Smiling Angel, discover the building’s misfortune, and gaze up at ceilings higher than those of Notre Dame. Fun fact: The organ was played during crowning ceremonies for the kings of France. 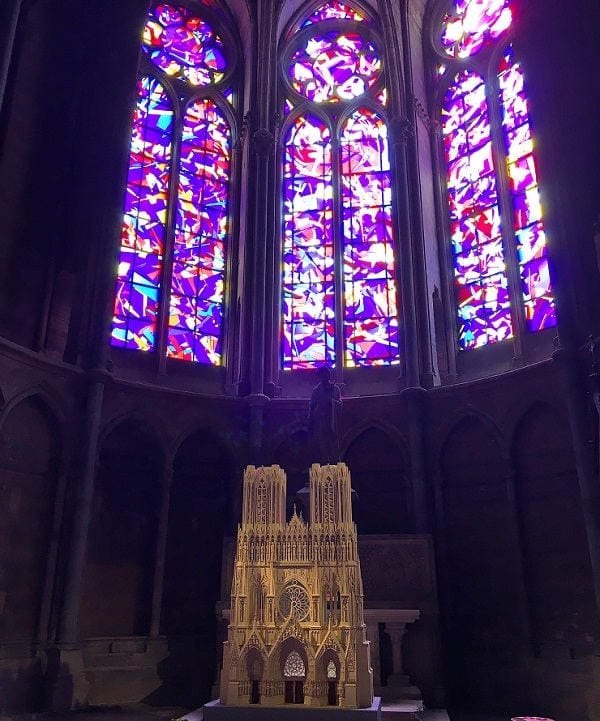 A mid-morning tour of Pommery Champagne
You can’t visit Champagne without tasting its magic elixir, or without visiting the UNESCO World Heritage Site-recognized cellars. (In fact, several of the regions slopes, cellars, and Houses are on this list). The chalk quarries of Champagne Vranken Pommery, Taittinger, Veuve Clicquot, Ruinart, Charles Heidsieck, and G.H. Martel are included.

The ‘Art du Champagne’ tour at Pommery is like walking in the footsteps of Louise herself. The 60-minute visit includes a tour through the cellars, Gallo-Roman chalk quarries (which also serve as a museum housing contemporary art exhibitions). Famed for the 2004 Cuvée Louise, which embodies the House’s savoir-faire and Louise’s signature style of blending, this exceptional Champagne vintage reflects the characteristics of an especially good harvest year. The tour concludes with a jovial tasting of The Brut Royal: a pale yellow, lively bubbly with hints of red fruit, white flowers, and a crisp, round taste. Fun fact: The Champagne industry is one in which females reined well before businesswomen were a norm. Barbe-Nicole Ponsardin (Veuve Clicquot) and Louise Pommery both had their acclaimed domaines just beyond Reims. 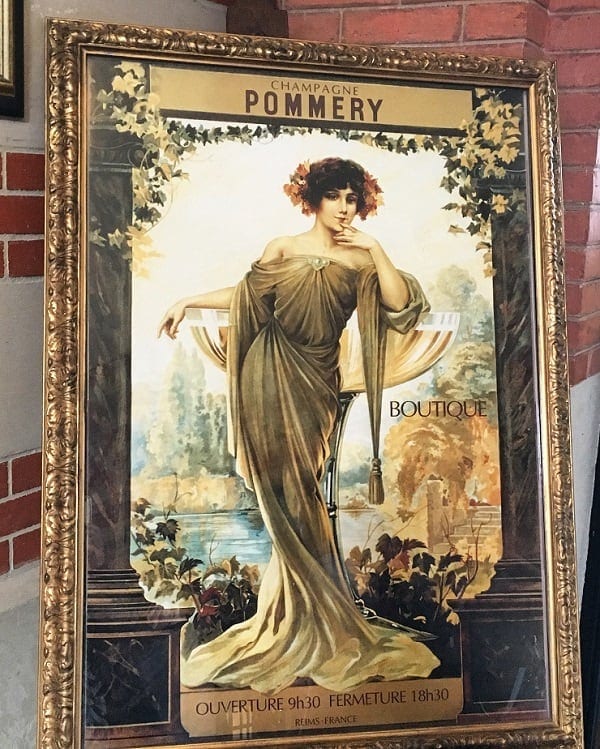 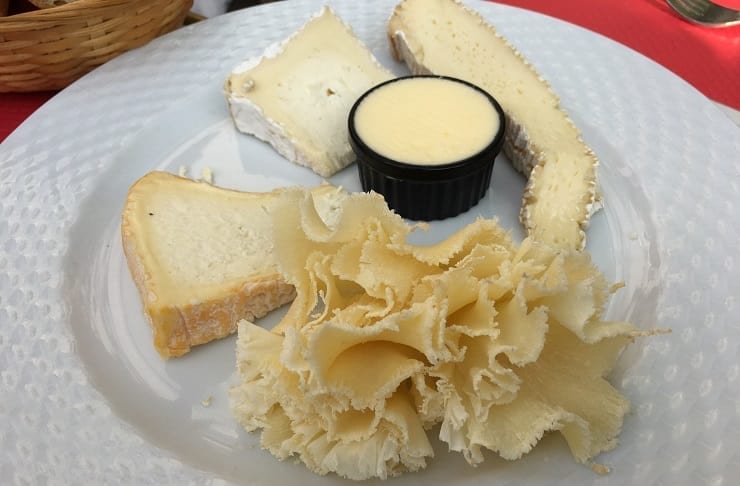 Option B: lunch on the edge of town
If you have wheels or are willing to venture, I recommend Chez Nous in Reims. Potato lovers, you have found nirvana! This place specializes in baked potato gratins and stuffed, slightly browned taters, called ‘patates grantinées’ in French. These babies put scalloped potatoes to shame. The Menu Agata – includes a sizable starter, main dish, dessert – and wine for the table.

Out of town vineyard exploration
Visit a smaller domain to get a better idea of the scale within the industry—small producers to the big-name Houses. Alain and his wife, Odile, from Champagne Alain Lallement offer a warm welcome. Here, you’ll come in close contact to the ageing cellars, the riddling table, vines, and vats. The tour was followed by a tasting of their Cuvée Brut Tradition (Brut and Demi-Sec in 2009, 2010, or 2011, which characterizes the terroir of the Verzy village. Cuvée Brut Rosée, Cuvée Blanc de Blancs and Cuvée Brut Prestige. 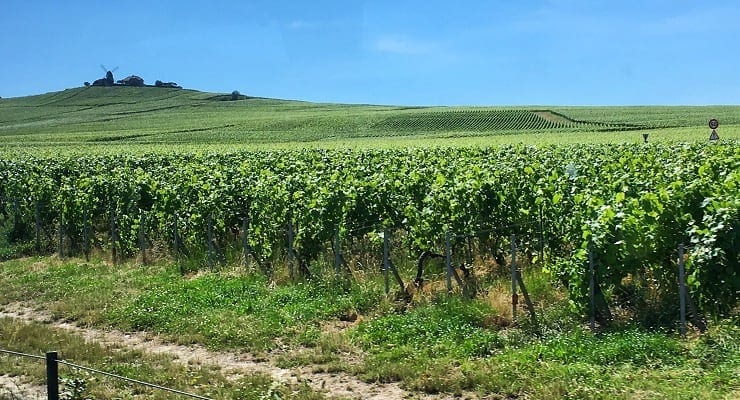 In town exploration
If you don’t make it out to the vineyards, there are numerous sites to explore in town … whether you walk or hop on the tram. Around Reims, you’ll spot a statue of Joan of Arc near the cathedral, Palace of Tau behind the cathedral; Abbey of Saint Rémi—which houses the saint’s tomb; Musée des Beaux Arts fine art museum; Porte Mars (ruins forming the widest remaining Roman world archway); Place Drouet d’Erlon with its golden angel statue, covered shops, carousels and Musée de la Reddition. Pause at Maison Caffet to refuel with chocolate art. There’s much to see. 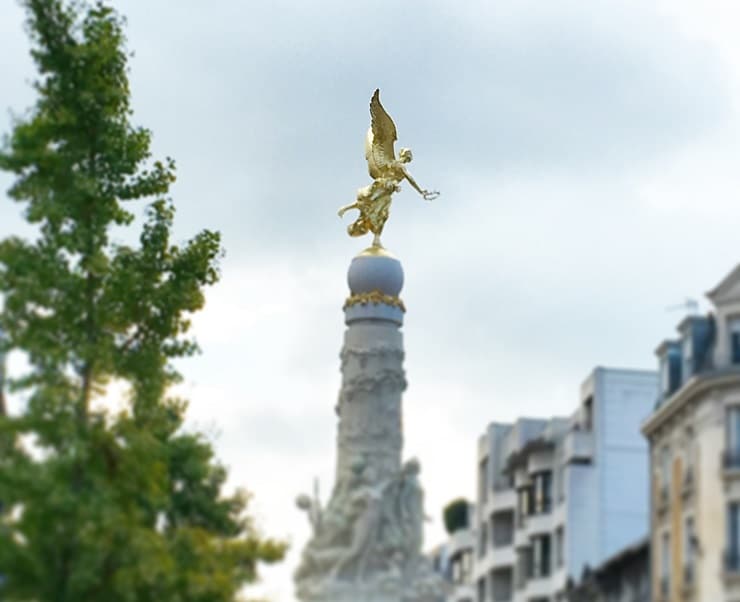 Champagne—an international symbol of celebration—carries mythical associations. We have Dom Pérignon, a monk, to thank for us, too, ‘tasting the stars’ and exploring the magic of this wine-making region.